The new campaign to fight the novel coronavirus outbreak (COVID-19) is entering the most critical moment; China has for the most part beaten back the virus. However, COVID-19 continues to spread globally. At the same time, we are strengthening the control measures against person to person transmission; we must not forget the outbreak’s suspected culprit – the transmission of diseases from animals to humans (aka. zoonotic diseases). 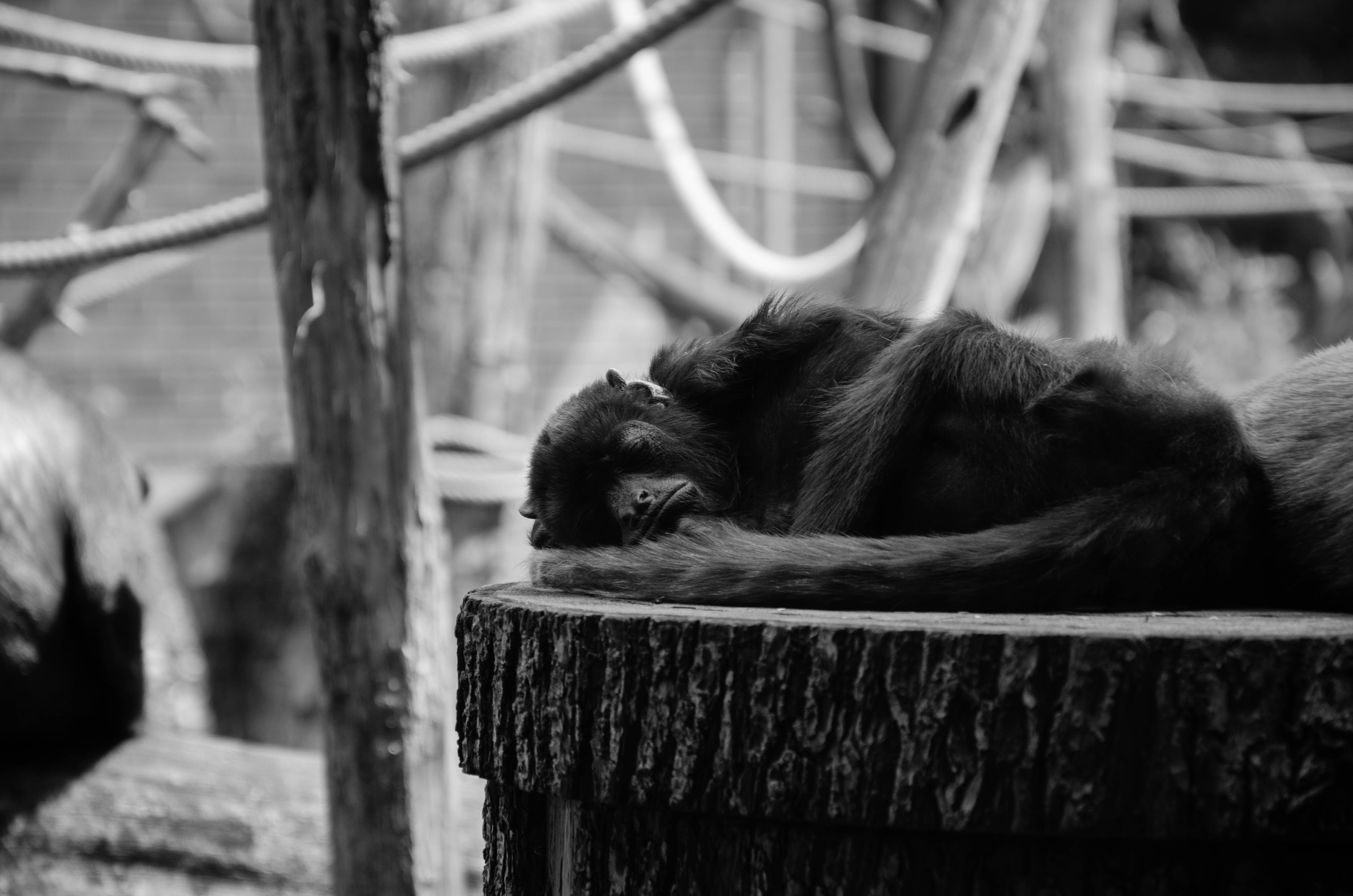 What do AIDS, Ebola, the Plague, Spanish Flu, SARs, Brid Flu, and Novel Coronavirus all have in common? The answer is their origin. These viruses were originally hosted by wildlife species. The virus then mutated, changed and adapted. An evolutionary tool a millennia in the making that allows them to spread species to species until one variation infects a human being. It’s what scientists, epidemiologists, and doctors all call the “spillover effect.”

Whether it a parasite, fungi, bacteria, mammal, or a virus, all can be conduits to spread disease. Since the hunger-and-gather period and about 10, 000 years ago, it is thought that humans first successfully domesticated a dog. And while animal domestication has dramatically enhanced our quality of life (just as a dog or cat owner), it also opened the proverbial box to disease and plague. Agriculture was also discovered around the same time, allowed humans to settle down, forming the towns and cities that now dot our globe. The emergence of cities, along with higher population densities mixed with animal domestication, made the perfect soup for animal-borne diseases to spread, leading to civilization's ongoing battle with infectious diseases and epidemics.

One of the first documented diseases is rabies. In 2300 BC, the "Eshnunna Code" in Mesopotamia stipulated that if a rabid dog ​​injures a human, the owner will be severely punished. The code is one of the first documented cases where a society implemented measures to contain and prevent infectious disease. A disease that still even today has a mortality rate of 100 percent.

From 1346 to 1353, the Bubonic Plague, popularly known as the Black Death, scorched Europe killing a third of the population. The source of the virus, now known as namely Yersinia pestis, was carried by fleas on rats. The HIV virus is an immunodeficiency virus from wild chimpanzees; which while causes little harm to our distant evolutionary cousins, is extremely life-threatening for humans.  Most scientists now believe that HIV was first transmitted to humans through the practice of hunting and eating wild primates. Like HIV, Ebola also originates from primates in the tropical jungles of Africa. Zika virus, which produced panic surrounding the Rio Olympics in 2016, relies on mosquitoes as its conduits. 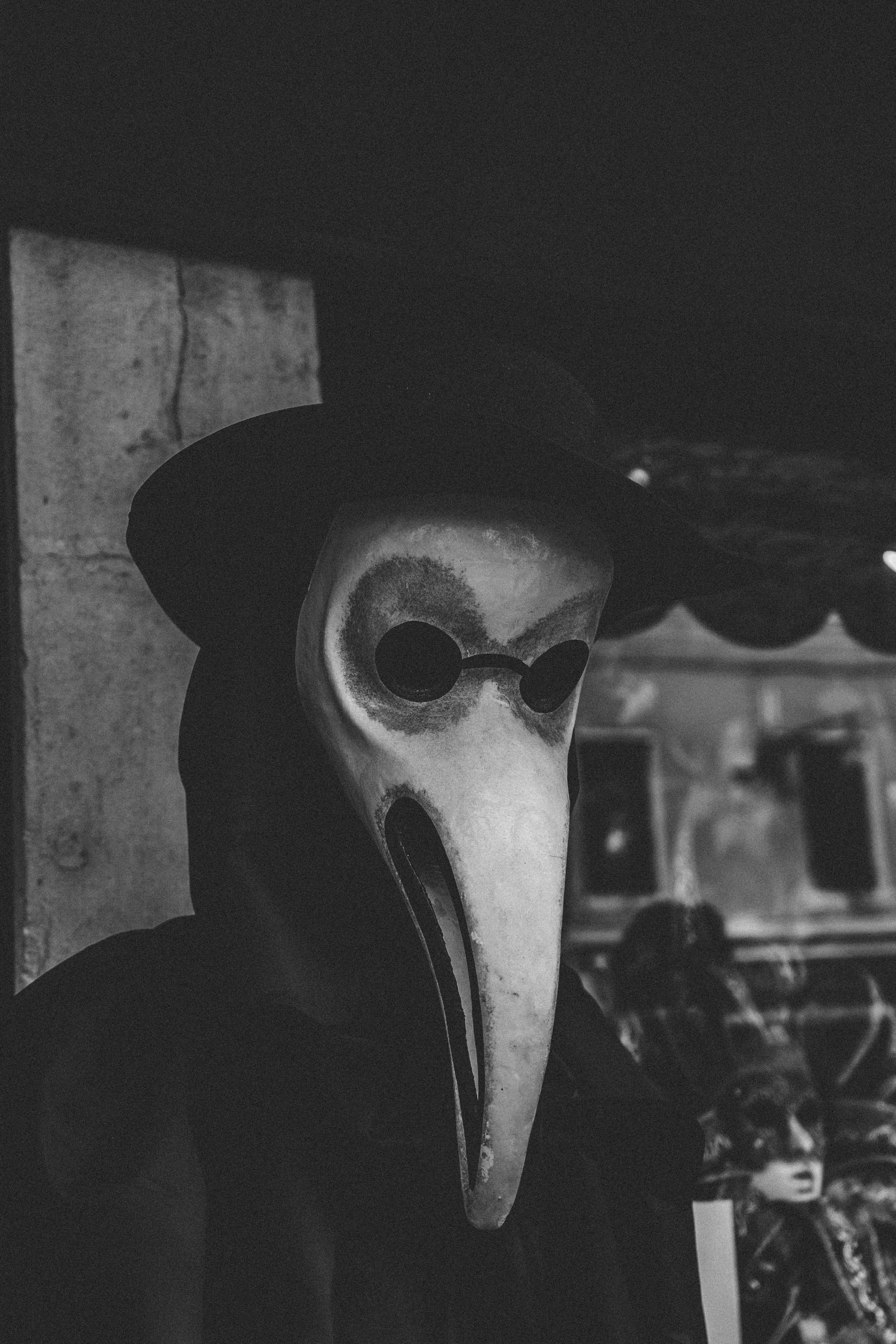 If just counting by the number of deaths, the Flu is widely considered the greatest killer of all animal-borne diseases. In 1918 the Spanish Flu killed anywhere from 50 million to 100 million people and is arguably the most documented modern plague in human history.  In 2009 Swine flu H1N1 led to 20 million people deaths. These viruses are thought to be transmitted from birds to domestic farm animals or livestock such as chickens and pigs.  The virus then mutates to affect humans. The Coronaviruses, for example, that cause the Middle East Respiratory Syndrome MERS, SARS, and the current breakout of COVID-19 are generally considered to be transmitted from bats to camels, civets, or pangolins and then on to humans. 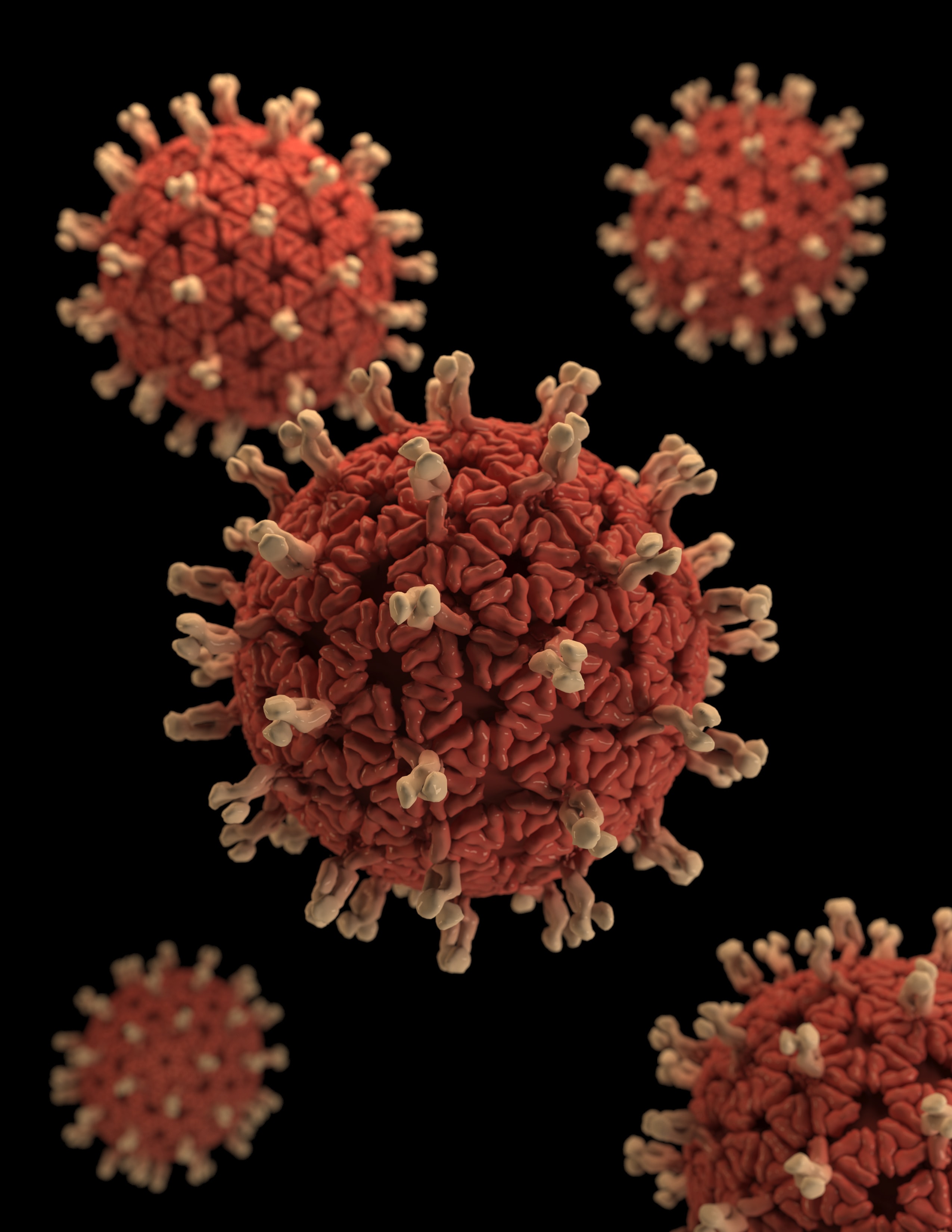 Viruses are particularly scary. Influenza A as an example, isn't harmful to wild birds. Yet, if it finds an intermediate host, mutates, generates new virus strains, and gains the ability to infect humans. The entire population might be at risk. Its infectious capacity and lethality depend on its viral genetic makeup. When a new virus spreads among the population for a long time, humans eventually develop an immunity to it, and it will join the ranks of other milder colds until the flu virus once again evolves, produces new variants, and the whole process starts again.

Wildlife disease experts William B. Karesh and Robert A. Cook in Foreign Affairs stated that once the virus mutates and spreads across multiple species, medical intervention is beyond reach. Therefore, the animal-to-human link is the weakest in modern medical and health systems. Medicine is divided into different categories, such as human medicine, veterinary medicine (mainly facing livestock, poultry, and pets), and wild animal health. Due to the lack of interdisciplinary cooperation, it is almost impossible to intervene in the mutation process to prevent the virus from transmitting between different species.  However, most importantly, the severity and importance of this issue have long been overlooked.

So why has the epidemic of animal-to-human diseases become more frequent in recent years, and the consequences more serious? It is mainly due to the increasing frequency of humans-wildlife interactions.

First are the damage and degradation of natural ecosystems. Although the exact cause of the Ebola outbreak has yet to be determined, it is highly suspected to be related to irreversible rainforest losses and degradation. As wildlife loses more and more of their living space, they have come into contact with humans more regularly and bring with them deadly viruses. Richard Preston, the author of "Hot Zone", describes that “the emerging viruses are surfacing from ecologically damaged parts of the earth, like Mount Elgon. The tropical rain forests are the deep reservoirs of life on the planet, containing most of the world’s plant and animal species. The rain forests are also its largest reservoirs of viruses since all living things carry viruses. When viruses come out of an ecosystem, they tend to spread in waves through the human population, like echoes from the dying biosphere.” 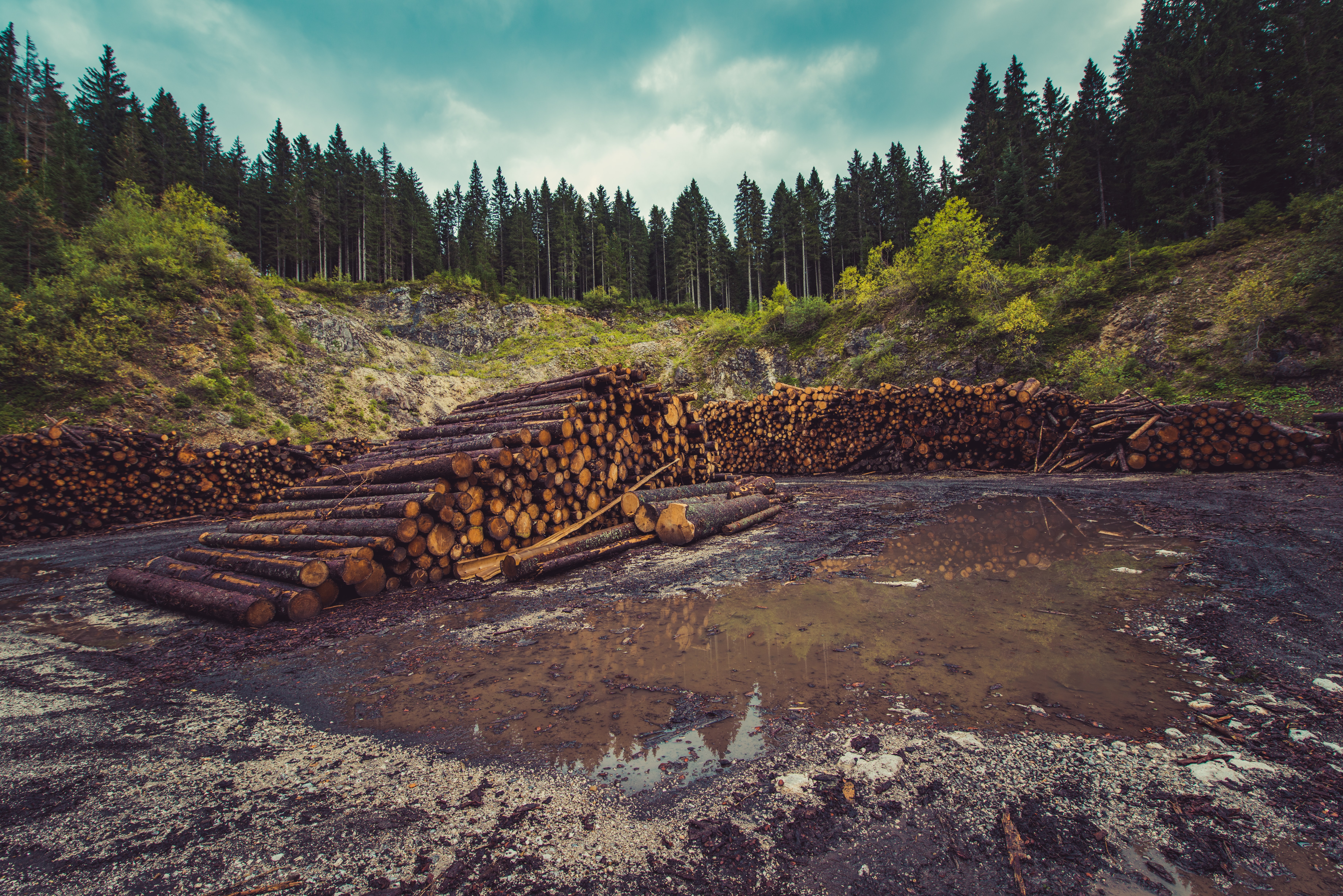 In an important paper published in 2017, Spanish ecologist Jesús Olivero showed us an inconvenient fact - the 27 outbreaks of the Ebola virus between 2001 and 2004 all took place in areas with rainforest damages in the past two years. And again, as Preston writes in 1994, “In a sense, the Earth is mounting an immune response against the human species. It is beginning to react to the human parasite, the flooding infection of people, the dead spots of the concrete all over the planet, the cancerous rot-outs in Europe, Japan, and the United States, thick with replicating primates, the colonies enlarging and spreading and threatening to shock the biosphere with mass extinctions. Perhaps the biosphere does not 'like' the idea of five billion humans.” Now a quarter-century later, the human population increased by more than a half.

Second is superstition and outdated traditional beliefs that lead to the habit of eating wild animals. The outbreak of SARS and COVID-19 in China is highly related to obsolete traditions. A recent report from “China Dialogue” Wang elaborated on the relationship between bushmeat consumption and viruses. Similar to many other regions around the world, bushmeat is an important part of the cuisine in China, especially the mountainous regions. In traditional Chinese medicine, it is often considered to provide health benefits to consumers, especially the “wilder” ones, among which civet cats, the intermediate host of SARS, are the most prized. Within ten days of the outbreak of SARS in 2003, the government began cracking down on the animal bushmeat trade and instituted fines.  “History never repeats itself but it rhymes”. Seventeen years later, the COVID-19 is again suspected to originate from the bushmeat consumption and a comprehensive ban on not just trade but consumption of wildlife has just been passed and an upgrade of the wildlife protection law is in the process.

The third is the meat supply in developing countries. While developed countries have sound health standards and laws and regulations for animal husbandry and meat products industries, demand for meat has dramatically increased in emerging and developing economies due to the rapid expansion of the middle class, where proper food safety standards have not been fully established, bringing Here the risk of future outbreaks, ranging in severity from economic losses to farms to an unstoppable plague.

“One Earth, One Health”

William B. Karesh and Robert A. Cook made several relevant suggestions on how to control future outbreaks. The first is to crack down on illegal wildlife trade and reduce unnecessary human contact with wildlife. The second is to strengthen the supervision of animal husbandry.

The third and perhaps the most crucial point is to strengthen interdisciplinary and cross-border cooperation to promote the concept and practices of "One Earth, One Health" – not only to protect human health in developed countries but also to pay attention to the health of people in impoverished areas, Not only must we protect human health, but also animal health. Animals and humans coexist in the same ecosystem, and it has been shown that wildlife protection can better protect human health, as was the in Ebola where bushmeat was practiced. After successful intervention and education on the harm it may bring, the practice has been reduced exponentially.

Finally, the Luohan Academy also believes that digital technology has great potential in reducing the risks of future epidemics. First, in terms of environmental protection, digital platform companies can use various measures to encourage consumers to reduce their carbon footprint and slow down environmental degradation. The Ant Forest, developed by Ant Financial on Alipay, is a good example. Alipay users can record their low-carbon actions in their daily lives, which is then tallied and turned into tree plantations. Since its launch in 2016, Ant Forest has planted more than 100 million trees. In 2019, Ant Forest won the highest ecological honor of the United Nations-"Earth Guardian Award", and its great potential to help address the human consumption root cause of environmental degradation is yet to be fully exploited.

Second, the rise of sensors, the Internet of Things, and 5G technologies can help law enforcement officials combat wild poaching, smuggling, and trading. In 2018, Alibaba and the Government of Kenya jointly initiated the "intelligent Kenya wildlife conservation projects." With the help of Alibaba Cloud and by leveraging IoT technology, one can monitor multi-dimensional information such as wildlife location, movement, and body temperature in real-time. Utilizing technologies such as big data and AI, drones and infrared cameras will automatically identify poachers entering protected areas, and perform early warning and patrol dispatch. Simon Hu, then president of Alibaba Cloud, said, “Alibaba Cloud will continue to work on making technology more inclusive, better protect wildlife, and contribute to a greener planet”.

Third, emerging AI technology can be of great help in epidemic prevention, control, and virus identification. For example, during the COVID-19 epidemic, John Brownstein, chief innovation officer of Harvard Medical School and his team, used machine learning technology to mine social network information to predict the spread trends. AI algorithms trained with a large amount of data can automatically scan massive genetic data to identify new viruses, significantly improving the efficiency of scientists in identifying viruses. A 2018 article in Nature reported that US researchers had discovered 6,000 new viruses using AI technology. Again, in this outbreak, Alibaba’s research institute Damo Academy developed a new, AI-driven diagnosis system that can detect coronavirus infections with an accuracy of up to 96% and in record speed, much faster and more reliable than human doctors at its intended task.

On Feb. 24, China announced it would implement a “comprehensive” and immediate ban on the trade and consumption of wild animals nationwide. The move cemented an earlier emergency ban enacted amid the ongoing COVID-19 outbreak. It stems from lingering suspicion that COVID-19 was the result of eating wild and sometimes endangered animals such as the Pangolin. The outbreak and the new law exemplify that we must pay more attention to the often-overlooked origin of the problem – the health of animals and ecosystems. These new risks demand innovative technological solutions, and digital technology has a lot to offer in protecting ecosystem health and preventing future epidemics.

2. Preston, R. (1995). The hot zone: the terrifying true story of the origins of the Ebola virus. Anchor, Harpswell, ME.

The Impact of the COVID-19 Pandemic on Consumption: Learning from High Frequency Transaction Data

The Real Impact of FinTech: Evidence from Mobile Payment Technology