Being Digital Amid the COVID-19 Outbreak

“Computing,” as Nicholas Negroponte wrote in his 1996 classic Being Digital, “is not about computers anymore. It’s about living...." This judgment represents a reflection on the relationship between humans and technology— humans invent, and in turn, are shaped by technology. 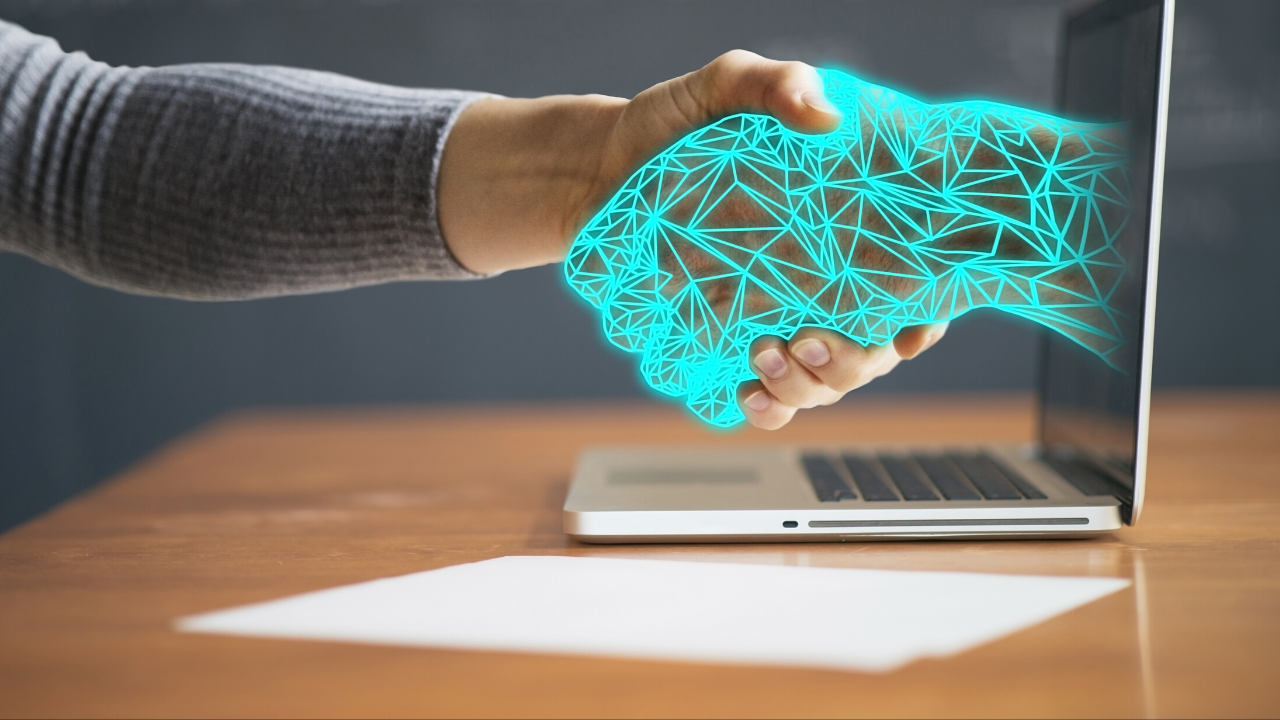 The sudden outbreak of the COVID-19 outbreak in late 2019 is giving humans a collective stress test for online survival. It has forced, on the one hand, the shift from offline to online is quickly gaining ground in every aspect of human life and has demonstrated how deeply technology is integrated with humans.

An online workshop, hosted by Jiangong Zhou, a senior advisor at the Luohan Academy and former editor of Yicai Global, was held on February 28, 2020. The Academy invited a cohort of experts in the fields of communications, sociologists, psychologists, and anthropologists, to explore the evolving relationship between digital technology and society amid the COVID-19 outbreak, which has exemplified humanity’s reliance on technology.

Besides testing the sophistication of China’s digital infrastructure and its penetration, the ongoing outbreak has brought witness to the ways humans exist, interact, and position themselves in the digital age. Wang Xinyuan, a postdoctoral scholar and digital anthropologist at University College London, explained: “that the existence of human society is virtual, and its cultural progress relies on its ability to process abstract virtual information.”

On March 5, 2015, China’s prime minister Li Keqiang introduced the idea of Internet Plus, a five-year plan to integrate cloud computing, big data and the Internet of Things with a variety of industries from manufacturing to commerce, internet banking, agriculture, and many others through various initiatives. During the online conference, Luohan Academy’s managing director Long Chen introduced two similar concepts: “Plus Internet and Internet Plus.”  The two concepts illustrate that Chinese digitization has finally reached a new sense of connectedness first envisioned by prime minister Li. It has fundamentally changed the costs, and its non-excludability allows anyone to have access to information. This has created a unique sense of participation, and their combination has delivered to humans, a new sense of inclusiveness, which is one of the driving forces behind humanity’s embrace of the Internet. 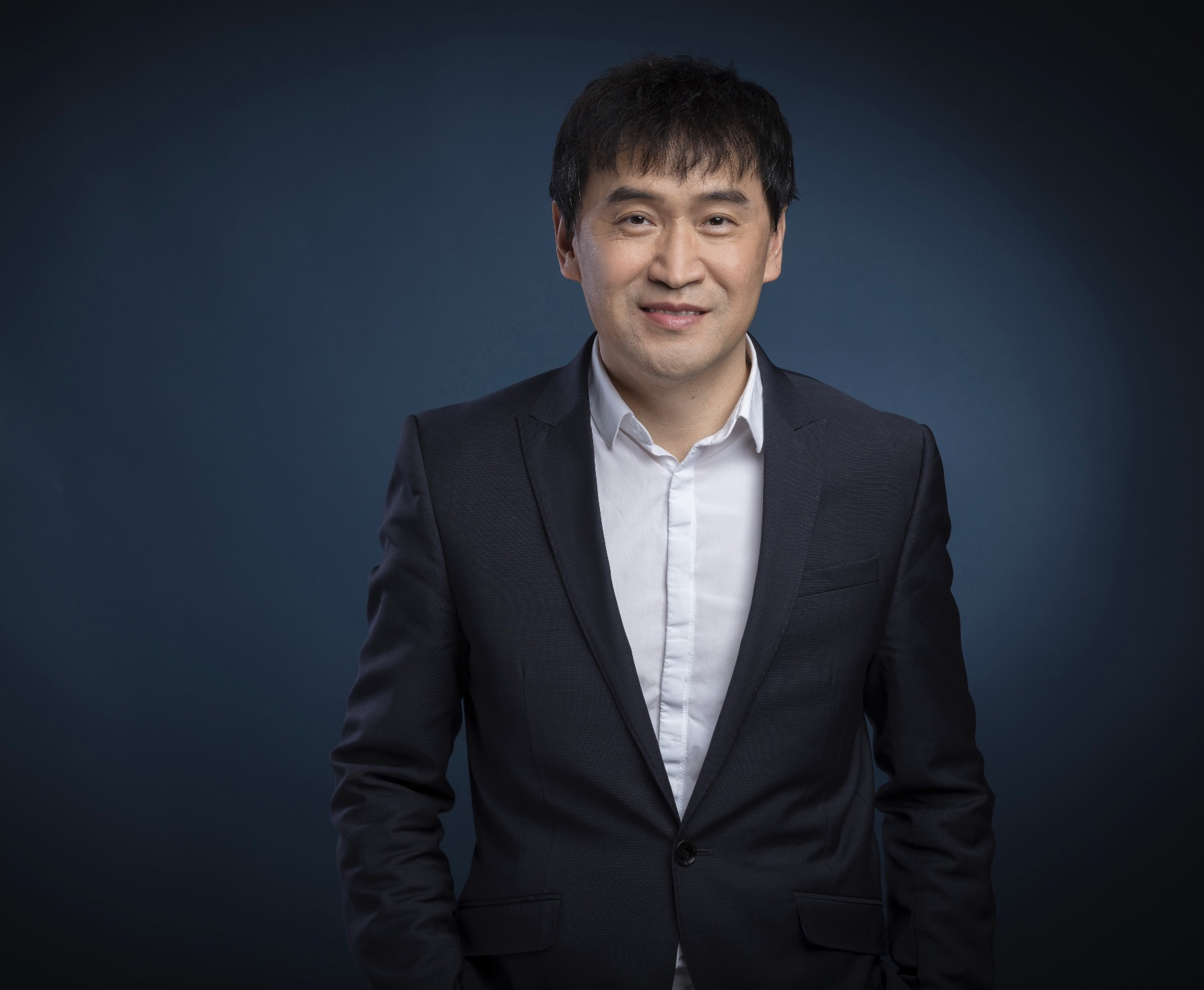 The Emotional Connection Between Humans and Digital Technology

The outbreak has brought increased attention to the topic of the emotional connection between humans in the digital age. From her comparison of humans’ behaviors and mindsets during the three periods of the pre-, in-and post-epidemic outbreak, Jie Zhou, Associate Research Fellow at the Chinese Academy of Science’s Institute of Psychology, inferred that there existed emotional connection and interaction between humans and digital technology before the outbreak. Still, it seems that the latter has failed to indeed find its way into the emotional world of the former. The emotion of humans extends no farther than offline networks, and the online space merely serves as a promoter to a more effective and frequent offline connection and interaction of humans. Yet, in the current epidemic, the two have been more emotionally linked. With offline networks disrupted, humans turn to online systems to make up for the loss of their offline social lives. 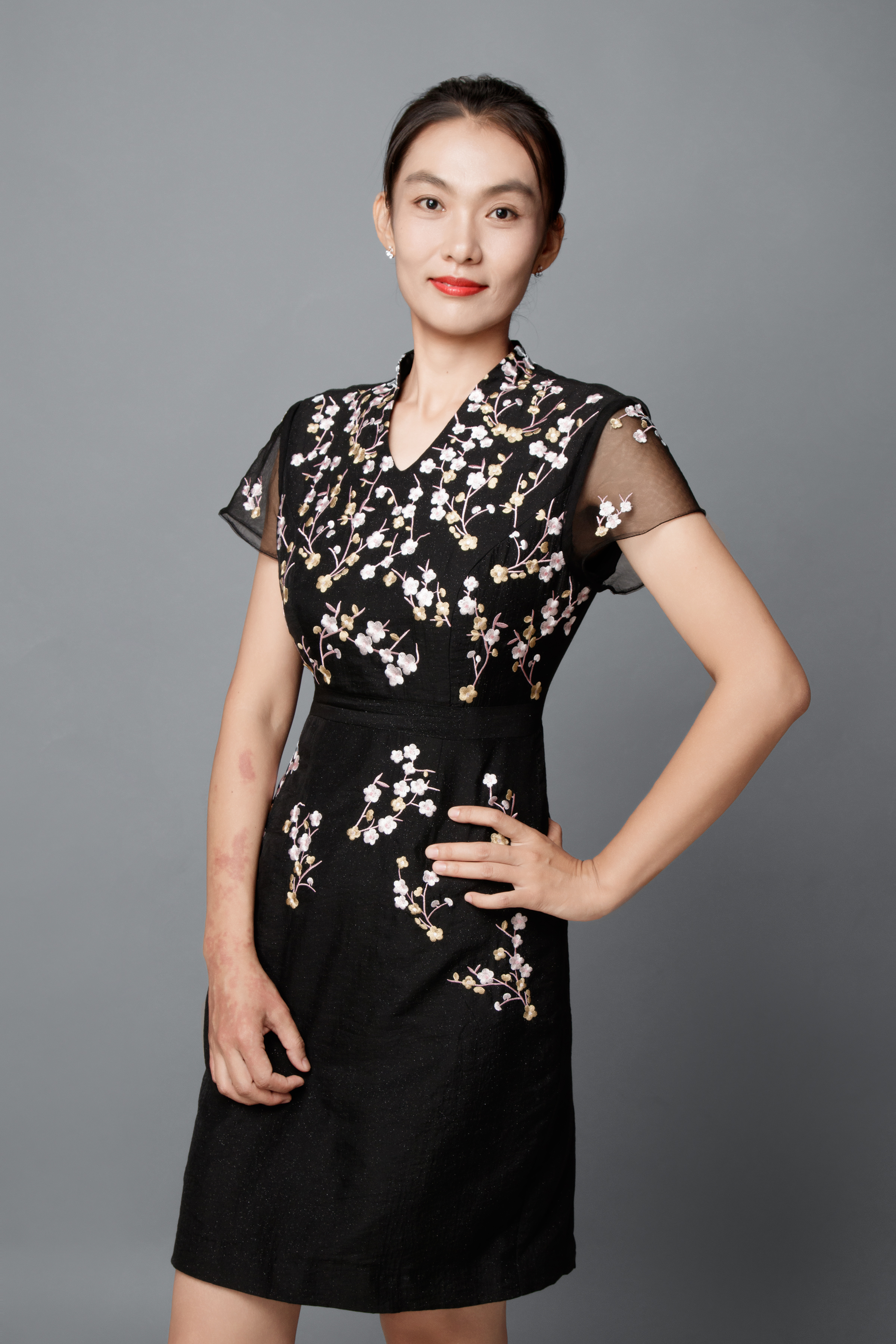 Zhou affirmed that the outbreak would cement and deepen the emotional connection between humans and digital technology, and the future relationship between them will become deeper. Therefore, the anthropomorphic approaches can be better employed in our digital designs to enhance humans' use of digital technology.

The movie, Modern Times, starred by Charlie Chaplin, shows that the obsessive pursuit of profit and efficiency reduces humans as slaves to the machine. As scientific management develops, technology will also become more user-friendly. More comfortable and more efficient modes of operation targeted and modified for improved organization, and individualized employee care have already become the holy grail of management in the digital age.

Chen added that although technology wouldn’t change the essence of emotion, business and information, it would change methods, the content, and its efficiency. Digital technology already disrupted the original boundaries for which we live.

COVID-19 is likely to be one of the first global "infodemics." On February 2, 2020, the World Health Organization warned that, along with the outbreak and response, the outbreak would likely become an information epidemic on a massive proportion. The level of digitization of today is vastly more developed than in 2003 during the SARS outbreak and the H1N1 outbreak of 2009. Well-developed connectivity and social platforms have enabled information to spread and increase at an unprecedented rate. The decentralized supply of information makes it much more difficult to locate credible sources and find reliable data for action, thus leading to an “infodemic.”

Yong Hu, most famous for his Chinese translation of Being Digital, a non-fiction book about digital technologies and their possible future by technology author Nicholas Negroponte added to the conversation.  Currently, a professor at Peking University's School of Journalism and Communications commented that it takes a three-pronged approach to alleviate fake news and combat "infodemics." First, we must redefine the role of the platform gatekeeper; second, ensure a regular supply of information; and third, to overwhelm false information with high-quality stories in social media. All the while trying to improve the media savvy of the public. In the era of big data, there is an issue of information stratification in information space. Now, many media platforms choose to refute rumors and censor false information during the epidemic period. Hu holds that the stratification of information leads to the division of the consensus. This is a real phenomenon independent of a platform's will. To respond to this challenge, the platforms themselves should explore more effective alternatives to contain fake news or rumors. Chen added that in today’s context, there would be information diffluence and defense mechanisms put in place in the future to help us stratify and get access to information more efficiently.

As for the trend of information management and control, Fei Yan associate professor of Sociology at Tsinghua University argued that the decentralized dissemination of media could transmit dissenting and divisive public sentiments. However, according to  the latest research, authoritative information released by official platforms remains highly anticipated and welcomed by the vast majority of the public. Therefore, in the future, the way of re-centralized dissemination will, in all probability, replace the current decentralized form.

The Birth and Rise of Neo-familism

There are two main sociological categories during epidemic periods. The First category is explicit collective issues arising from the outbreak, such as the public systems such as hospitals, the military, and broader social turmoil. The second category is implicit collective issues. Such as inadequate access to medical services due to insufficient medical resources, less availability of care-taking services for the elderly or various issues or troubles arising from lengthened quarantines, increased anxiety as well as economic and social depression. 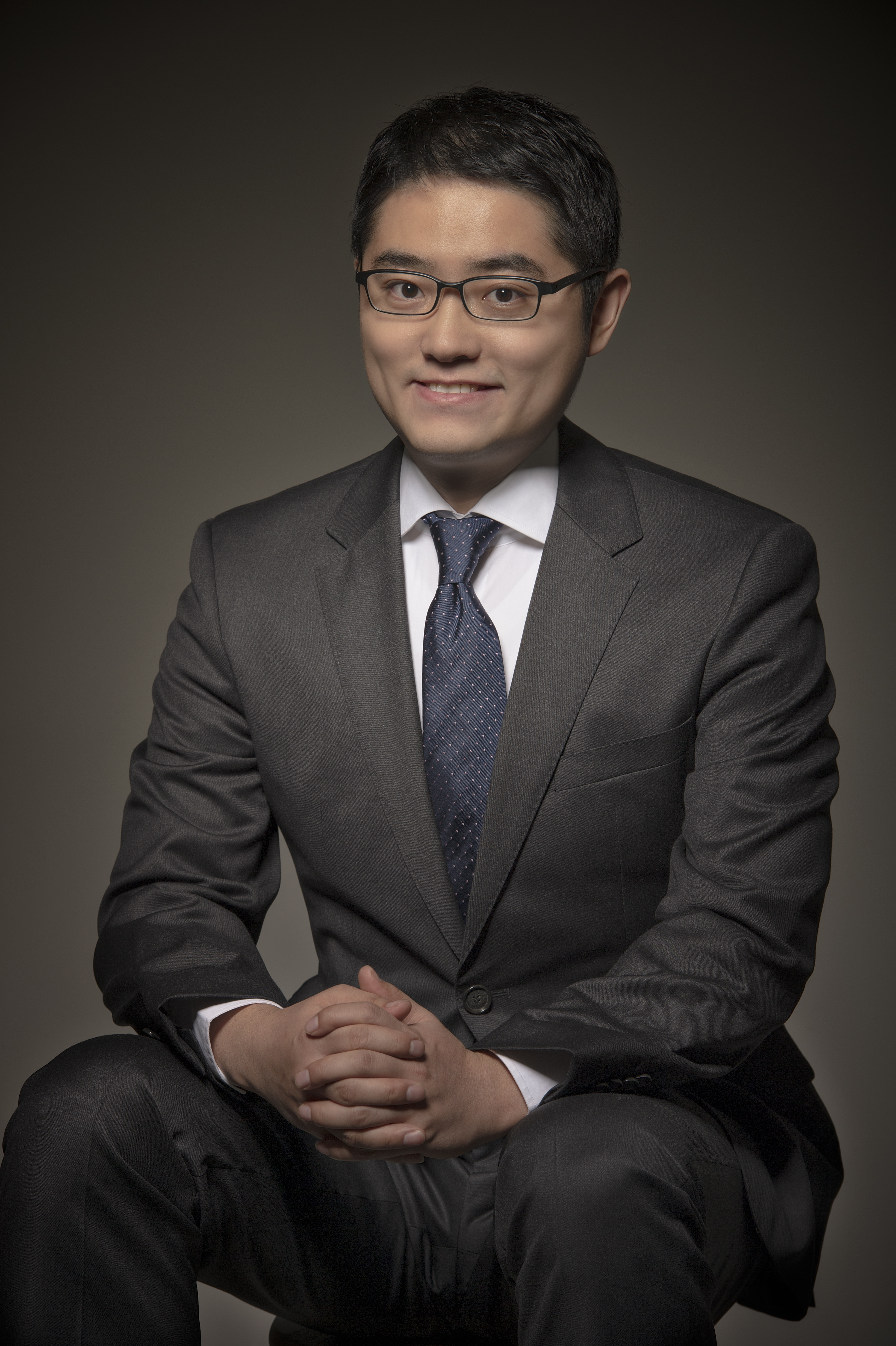 Fei believes that in the digital age, not only does an epidemic lead to changes in learning behaviors, but it also consolidates and deepens Neo-familism. Coined by Professor Yunxiang Yan at the University of California-Los Angeles, the term Neo-familyism refers to the latest development in the lifestyle where humans are more likely to embrace family life, enhancing intimacy and cohesion within families. It thus is in sharp contrast with the social epidemics in the 1990s when young people tended to embrace individualism. The lack of face-to-face engagement during the home quarantine has led to a spike in video-chatting. Such heavy use of digital technology has contributed to a closer relationship among family members and deepened Neo-familism.

Digital existence is firmly attached to our social life, and the epidemic provides a rare opportunity to understand the relationship between humans and digital technology. In the future, the Luohan Academy will work with more social scientists and practitioners across the globe. To delve into the impacts of digital technology on not just the economy but rather society more broadly to explore significant global challenges in a bid to contribute to the long-term development of humanity.

Digital Technology Is a Key to Broad-Based Prosperity