Troika, deriving from a traditional Russian harness equipped with three horses abreast, is used here to refer China’s three drivers of growth — consumption, exports, and investment. The ‘new troika’ represents an economic strategy for which technology and globalization are paramount and act as new drivers’ economic of growth.

As the New year is approaching, I met with many entrepreneurs, and I always ask how was their business was doing this year?

Most of them shook their heads a bit helplessly, “Not easy. This year was rather gloomy.”

After much deliberation, I indeed came up with several examples. Mainly, enterprises demonstrating promise in new technologies such as big data, cloud computing, blockchain, artificial intelligence are the hidden champions. They were able to raise capital while their counterparts faced financing difficulties in a depressed business climate. Companies integrated into the globalized economy are also evidently ahead of the curve. Toutiao and Xiaomi have achieved good overseas sales this year and of course, Tmall, which witnessed an increase of 25.7 percent over the last years, double 11 shopping festival.

The business world, to some extent, is becoming a paradox, unprecedented in its complexity and differentiation –Facing ups and downs of the economy, enterprises need a blueprint.

In the past weekend, Chen Long, Secretary-General of Luohan Academy and Executive Education Officer of Hupan University, delivered a keynote speech titled 2020 Forecast: The Future that is Happening in Beijing, where he proposed an explanatory concept of VUCAA.

V refers to volatility, U denotes to uncertainty, V means complexity; the first A refers to ambiguity, and the other A is acceleration.

VUCAA is probably the most accurate depiction of the world we live in today. Pathways leading to the future are blurred by the trade turbulence and uncertainty as well as economic complexity. Meanwhile, all variables concerning market, policy, technology, concept, and ideology are marked by tremendously rapid and ever-accelerating change. Coexistent crises hint at increasing public anxiety and confusion.

Prof. Chen Long’s speech included several detailed and valuable insights regarding this VUCAA world for which we now live. 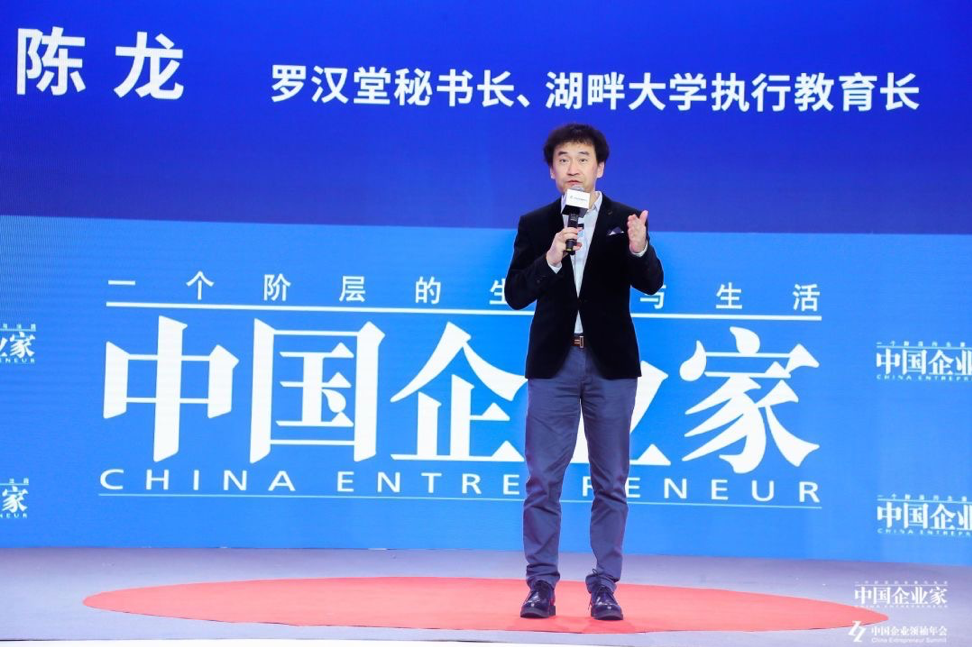 First, the essence of trade friction is the reconstruction of the world order, and the turbulence and uncertainty embedded in such a process are bound to be long-lasting. Greek historian Thucydides points out, “it is the rise of Athens and the fear it provoked in Sparta that makes war inevitable.” In the past 500 years, when rising powers threatened to replace the dominant ones, wars usually erupted. It is commonly known as the “Thucydides Trap.” A full-fledged war between China and the United States is not desirable in any sense. Nor should it happen in the future. However, the uncertainty permeated in trade, technology, data, finance, and supply chain gives way to tensions. 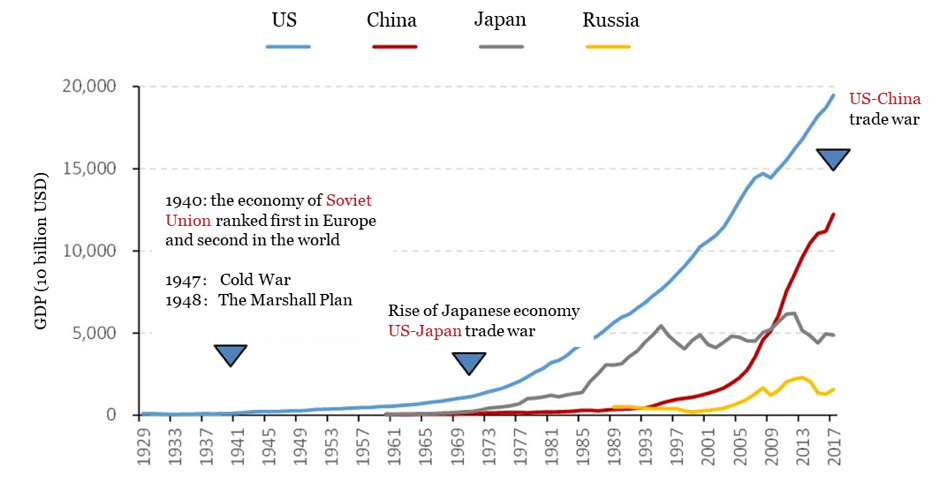 Second, we should be aware that the Chinese economy has entered a state of the ‘New Normal,’ and gears of growth are shifting to a slower speed. It is no longer possible to use old techniques to achieve breakthroughs in economy and revenue. Historical precedents from the United States, Europe, Japan, and South Korea indicate that the growth rate was always below 5 percent once GDP per capita exceeded 10,000 USD. It is already rare for the Chinese economy to maintain a growth rate of more than 6 percent. The truth is China is very likely to enter the 5% era soon.

Third, trade friction has set off a new wave of globalization while also traumatizing; however, at the crux of the issue, there is a silver lining. China’s companies are far away from the thought of globalization for which it advocates. The world’s top brands receive at least 30 percent of their revenue abroad; a standard few Chinese large companies could meet. However, Prof. Chen believes that the current economic travail promises the opportunity of enormous full-fledged global enterprises to emerge from within China in the next 20 years.

If the only certainty in the future is uncertainty, in an uncertain era, opportunity belongs only to those tenacious enough to seize them — namely, those who stay hungry and thirsty and can strike while the iron is hot.

But where is the opportunity?

Professor Chen has coined a new theory of the “new troika” — compared with the old troika of investment, export, and consumption — consumption, technology, and globalization are becoming the new driving forces for economic growth.

China’s macroeconomic data demonstrates the alignment of the increase in both national debt ratio and economic growth before 2008. However, the two have parted ways after that, with debt levels continuing to rise in contrast with slowing economic growth. The story it tells is that policies lead by massive budgetary stimuli have become increasingly inefficient, and the momentum of economic growth must be switched from the old to the ‘new troika.

More Simply, a Technology-driven’ Troika’ creates an industrial internet of things. But no matter how we address it, great opportunities await. Technology has changed consumers’ sources of information, systems of trust, and modes of decision-making, enabling consumers to become producers and users of data, which in return transforms the relationship between consumers and producers from B2C to C2B. New technological models, including the Alibaba concept of “New Retail,” the digital purchase service model of Easypnp, and the data-driven one-stop service community of New Studios Media Group are all excellent examples.

The third part of this ‘new troika’ is a globalization-driven future. Sino-US trade frictions are the growing pains of Chinese-led wave globalization. Unlike past globalization efforts, Chinese globalization is first, driven by technology and models; localization of its services is paramount, evidenced by the nine Alipay global sites globally. And third, the business infrastructure is deeper and more connected and broader in scale.
The connotation of “new troika” is logically consistent with what Chinese economists have been long calling for, that is, from Keynes to Schumpeter model, from a demand-side to a supply-side economy with innovation-driven reforms.

Missing Out is the Most Significant Risk

A world of VUCAA is bound to be full of uncertainty and risk, rife with turbulence and complexity.
The most terrible thing in such a world is not the risk itself, but the risk of giving up on change and innovation.
The only choice we have is to learn from experiences and move forward in the face of dramatic changes, by assuring innovative resilience across economic cycles to achieve sustainable growth and business prosperity.

Hard times create stronger people; a landscape filled uncertainties breed stronger entrepreneurs. The most significant risk is to take it for granted, and that slower growth equals decreased opportunity. Jack Ma once said, “There are no failed times but only failed companies.” Jack Ma implies that the first and foremost mission of any executive is to identify uncertainties and exploit them.